Home » Types of magnetism with examples

Magnets are not anything new to anyone. You have probably used them in your childhood, you have them in the refrigerator or you have seen them in a compass. We normally use the word magnetism in most instances. It is perceived that magnetism is the simple attraction of two metals. However, it is good to understand that there is more than that as far as magnetism is concerned. Magnetism is an aspect of the main electromagnetic force. This is what describes the forces that are attributed to magnets as well as magnetic objects. 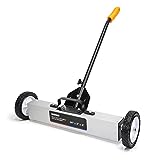 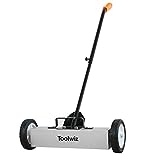 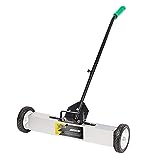 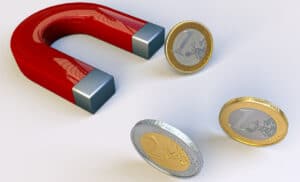 As explained above, magnetism forms an aspect of the crucial electromagnetic force. It best describes a phenomenon as well as forces that are associated with magnetic objects and magnets. Every magnetic field is generated after moving the charge or basically changing the electric fields. This is the reason why the idea of magnetism and electricity are referred to as electromagnetism collectively.

Within all materials, the atoms comprise electrons and the electrons form a cloud around the atomic nucleus. This is done with the overall motion that creates some miniature magnetic dipole. However, in most materials, the random orientation of the mini magnet makes the fields cancel one another out. The only exception here is ferromagnetic materials.

Most materials basically experience the magnetic phenomena including manganese, cobalt, and iron. These could exist like permanent magnets or like paramagnets. Electromagnets are basically made by passing some electric current via a wire around a material like iron. By now, you must have known that magnetic materials could either attract one another or basically repel one another. This is determined by the portions of these materials that have been brought together.

All materials generally display diamagnetism. This is simply the tendency of materials being repelled by the magnetic field. All the same, other magnetism types could be stronger compared to diamagnetism. In this case, diamagnetism is only observed in those materials that have no unpaired electrons. Whenever electron pairs are involved, their ‘spinning’ magnetic moments cancel one another out. Whenever they are in a magnetic field, any diamagnetic material will be weakly magnetized in the reverse direction of the said field. Some examples of diamagnetic materials are gold, copper, quartz, air, and water.

This is the reverse of diamagnetism whereby paramagnetic substances will attract magnetic forces whenever they are exposed to them. In case you did not know, paramagnets are only magnetic when in the presence of an already established magnetic field. They never give off magnetic fields of their own which sets them apart from ferromagnets. In the case of paramagnetic materials, there are so many unpaired electrons. These unpaired electrons are just free to align their magnetic moments. When in a magnetic field, magnetic moments align and will be magnetized towards the direction of the applied field to reinforce it. Good examples of paramagnetic materials include tantalum, molybdenum, magnesium, and lithium.

Ferromagnetic materials could easily form permanent magnets and are generally attracted to magnets. To say the least, ferromagnets are completely and permanently magnetic. These are objects that have a strong magnetic attraction whether or not there is a magnetic field present. A ferromagnet has some unpaired electrons. In addition to that, the magnetic moments of these electrons tend to remain well-aligned even after they are removed from magnetic fields. There are so many examples of ferromagnetic materials which include cobalt, iron, nickel, and the alloys of these metals. Still on the list are rare earth alloys as well as some of the manganese alloys.

Despite the vowel difference, ferrimagnets like ferromagnets are magnetic without necessarily being in an active field. It, therefore, means that ferrimagnets will retain magnetization after they are removed from magnetic fields. The neighboring electron spins will point in the reverse direction. The lattice orientation of the material is what makes the magnetic moment that points in one direction to be stronger than the one pointing in the reverse direction. Just like ferromagnets, ferrimagnets are also attracted to magnets. Still, there are other magnetism types including metamagnetism, supermagnetism as well as spin glass.