Home » What Are The Benefits Of Having A Sewage Pump?

Before moving directly to the need for pumping sewage, I would like to enlighten you on what sewage is. Sewage is wastewater released from houses as well as other places such as institutional, commercial, and public facilities. It is therefore ideal to pump these waters, especially in places or areas that are affected by drainage when it comes to discharging the sewage into the main sewer that is located on high grounds.

Secondly, when considering the installation the action of pumping units through boosting with the aid of a booster over an excavation on flat grounds since it’s expensive. Besides, there can be situations where there is a need to raise the sewer to a higher ridge. When a tunnel is driven it will cost a lot compared to using sewage pumps, especially in cases where a ridge line separates a city or town hence the need for pumping sewage. Generally, pumping sewage is considered economical and efficient.

What is a Sewage Pump? 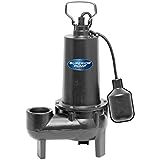 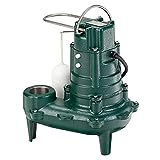 A sewage pump is an appliance that operates by transporting wastewater that is not treated as well as sewage. Sewage pumps are normally used in places like the city wastewater treatment plants, private homes, and buildings, where it is not easy to connect the minor sewage to the major sewer. It is built with features that enable it to undertake its responsibility effectively. For instance, it is built with impellers that play an important role in preventing clogging. Also, it features ar immune components that are ideal for ensuring that the units do not wear out easily hence dependable.

How to use a Sewage Pump

The sewage pump is easy to use since it entails a few key steps that have to be followed to enable you to avail its ability to work efficiently. Most importantly, you need to go through the manual so that you are equipped with the best way to handle every step.  To begin with, you have to examine the pit if the basin could have been damaged. It is commendable to replace the seal if possible to enhance the prevention of gas leaks or odors.

Secondly, you are required to install a check valve properly such that water can easily pass through to the main line before you place the pump. Besides, you can add a ball valve to prevent any future occurrences of backflow as well as a coupling to ease the replacement of the check valve in the future. In addition, PVC cement is placed on the inner side of the fitting before attaching it to the discharge pipe.

Thirdly, connect the pump to a power source and test by activating the float switch to see if it turns on or not. Make sure water keeps flowing to avoid damaging it as well as position the float switch to the commendable height for effective operation. Fourthly, use PVC cement and primer to bind the male threaded adapter to the PVC pipe and use a wrench to fasten the PVC pipe after it is mounted on the ejector pump. It is important to drill a weep hole to ensure the pump does not run dry by preventing an airlock from occurring in the pipe.

When it’s now the time to lower the sewage pump into the basin, use the pumps, handle and ensure the float switch points to the direction other than that facing the inlet. Besides, you can prevent the waste water from coating the pump by orienting the discharge pipe. Ensure the electrical cord is positioned on top of the float with the help of zip ties.

The next step is to bind the coupler to the PVC pipe by applying PVC glue and primer after which the adaptor is slid beneath the check valve onto the coupler. You then attach the check valve to the discharge pipe and fasten both ends considerably. After having the float switch position correctly, pin it to the outlet and pour water into the basin until it has reached the required water level to enable flipping of the float switch hence activating the pump. At this point, loosen the discharge pipe to make it easy to skid the cover above it. Also, electrical wires that are attached to it should be passed via cover holes prior to making the seal. Having placed the cover in its place, it’s ideal to position the vent pipe 3 inches on the basin inwards.

Finally, the efficiency of the pump is realized when the sewage pump does not produce any buildup of gases and odors. This is attained by attaching pipes to the basin. Lastly, use a sealant to bead the spaces left around for thorough sealing.

Benefits of using a Sewage Pump

Having this appliance installed in your home or apartment is ideal since it ensures that the materials flow, minimizes buildup and clogs, and does away with dirt on the basements. Below are some benefits that are accrued by having a sewage pump in your system.

The design with which these appliances are built makes them efficient in speeding up the process of moving the wastes at a faster and steady rate hence preventing the waste materials from clogging. However, this is made possible when drains and toilets are washed away with enough water.

The sewage pumps have the ability to transport matter of up to 200 gallons through the tube in a minute making the process even quicker. Having alternative appliances that perform a similar task isn’t bad but most of them are slow hence causing clogging as well as odors.

The sewage pumps are made with features that enhance efficiency in the movement of waste and liquids consistently and even. Most importantly, there is a steady flow of waste materials to the main sewer hence dependable

On occasions where your bathroom is situated in the cellar or basement, a sewage pump will be needed to dispose of the wastes from the ground to the septic tank comfortably. The best solution is an ejector pump that works ergonomically in such cases.

How To Choose The Best Sewage Pump

The majority of these pumps are built in such a way that they operate outside a characteristic outlet. Nonetheless, quite a number are made with the ability to operate with up to 230V which the user should check out the latest make with a higher volt pump and install. Furthermore, having 110V standard electric hookups then you are better off.

This is a feature that will enable you to determine the speed at which the wastes will be driven to the septic tank. Therefore, the pumps with a higher flow rate have efficient pumping power. This can also be seen through the gallons that the pump can handle per minute hence one should pick on a sewage pump with a higher gallon handling rate in a span of one minute.

Every user of these appliances would not want to own one that breaks easily or lasts over a short time. However, most of the best sewage pumps are sold at a little higher price than every other sewage pump since when bought they perform their respective duties with utmost perfection and efficiency. Ensure therefore that you read what other initial users had about their experience with the sewage pump.

The best way to choose a sewage pump is to go for one that offers a warranty that lasts for longer duration hence enabling you to have enough time to test the efficiency and reliability of the model you have acquired. Mostly, the manufacturers who are sure about the abilities of their products offer long term warranties for their respective merchandise.

Having read the information provided in the review above, we believe you are well equipped with the required information about sewage pumps and can make a better choice when you decide to acquire one for yourself. We would greatly commend a sewage pump whose flow rate is higher since it is efficient and powerful. Additionally, those with long term warranties also offer the best alternative as they provide enough for studying how the sewage pump acquired operates. Besides, you ascertain the availability of a manual accompanied since it’ll help guide you through the installation process. Nevertheless, whichever model you’ll buy, we believe it will be great since you now have every important information about these appliances.

Recommended Reading
Best Electric Hovershoes in 2022 Review and Guide
How Many Soundproof Panels Do I Need?
What Is An Air Tumbling Mat Used For?
Best Roasting Pans For Home Kitchen in 2022 - Review and Guide
Share
Tweet
Share
Pin4
Share
4 Shares